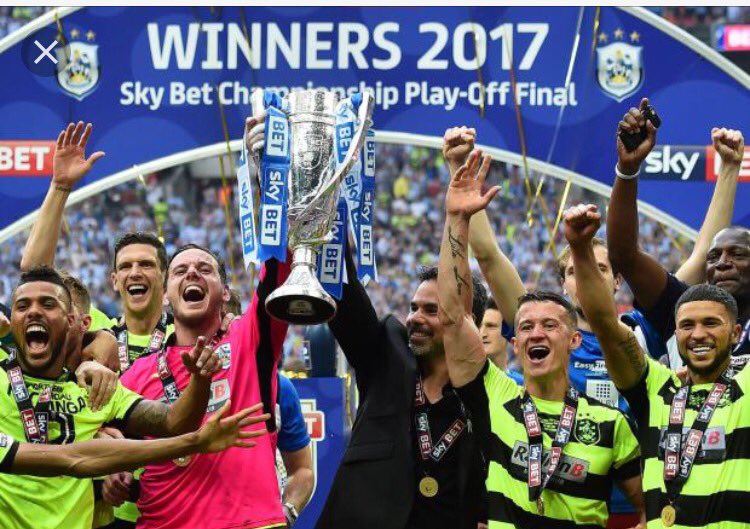 Here we will look at some of the main contenders in greater detail.

Firm favourites
Despite being one point behind league leaders Sheffield United, Wolverhampton Wanderers are the overwhelming bookmakers favourites to claim Championship glory next May. There is a best industry price of 11/10 on Nuno Espirito Santo’s side to finish top of the pile at the end of the season, and the Midlands outfit look very strong contenders to do just that. There is some value in that figure or alternatively, bookie promo codes can help players take advantage if it feels too short.

Already possessing the league’s most potent attack with 25 goals from their 14 games, Wolves have a quartet of upcoming games against Norwich, Fulham, Reading and Leeds – and those fixtures will pose a stiff examination of their title credentials.

Back-to-back promotions?
Since Chris Wilder took over the reins at Bramall Lane, the upward curve of his Sheffield United team has been hugely impressive. The former Halifax, Oxford and Northampton boss joined his boyhood team in May 2016 – and the Blades haven’t look back since. Wilder took United to the League One title last season, and his team currently sit proudly on top of the Championship table.

United have won their last three league games, and with their next six fixtures all against teams in the bottom half of the league table as it stands, the current odds of 7/1 could be rather generous afterwards.

Bluebirds flying high
Following the brief stint of Paul Trollope as Cardiff City manager last year, the City board opted to go for experience and Neil Warnock was appointed. One year in, and that decision is looking shrewd, with the Bluebirds currently two points off top spot.

Warnock’s side are the best defensive outfit in the Championship by conceding only 10 goals so far, this season. Scoring goals could be their potential downfall, however. Only Norwich out of the top-11 clubs in the second tier of English football have found the net less than Cardiff – and that must be a concern for the Welsh side in trying to justify their current odds of 8/1 for Championship glory.

Sleeping giant awaking?
It is fair to suggest that there are some seriously big clubs languishing in the Championship, none more so than Aston Villa. Admittedly, it is 35 years since Villa were the kings of Europe, so getting back to the elite division of English football should be a minimum requirement for such an esteemed club.

Aston Villa have had issues off the field that has contributed towards their downfall in recent years, but manager, Steve Bruce looks to be slowly turning around the fortunes at Villa Park, and his side currently sits in sixth place, seven points off the pace. The Villains are 14/1 hopes to win the Championship this season, and that is some value considering each-way bets cover the top-three places.

Others to consider
Derby County have been perennial Championship challengers for several years, and another promotion push is once again the aim at Pride Park this season. The Rams have won their last 3 games to propel themselves to just outside the play-off places in seventh. Derby has a very solid Championship level squad and are worthy of each-way consideration at 25/1.

Leeds United are another huge club wallowing outside of the Premier League. The Whites got off to a flying start under new manager, Thomas Christiansen but have now lost four of their last five outings. Still sitting in fifth place in the league table, United can still be a strong force this season, and the 30/1 for Championship glory looks appealing.

Former Leeds boss, Garry Monk took over the reins at Middlesbrough following their relegation from the Premier League last season. ‘Boro’ were the ante-post favourites before the season began with most bookmakers, but have had a slow start to their campaign. Monk’s side are languishing in twelfth place in the table, ten points behind Sheffield United. A recent 2-0 away win at Reading will hope to kickstart their promotion push.