The representative of Matteo Darmian has suggested that his client may stay put with Manchester United beyond the summer. The Italy international recently admitted that he wants to leave Old Trafford before the transfer deadline but that does not appear a certainty anymore with his asking price proving a stumbling block for interested parties. 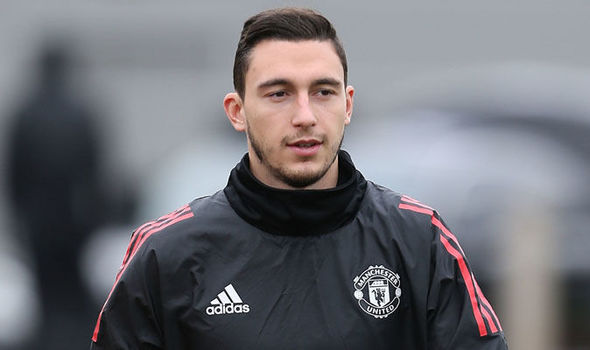 In a report covered by Metro, agent Tullio Tinti admitted that United are reluctant to offload the Italian on the cheap and there remains the possibility of the 28-year-old staying put at Old Trafford, he said: “There is hardly a possibility of Manchester United and Mourinho giving up Matteo. So most likely he won’t leave the Premier League and will stay there.”

Darmian started pre-season as the second-choice right-back behind Antonio Valencia but a calf injury to the Ecuadorian has offered him a regular role in the remaining friendlies. Nevertheless, Valencia is expected to return sooner rather than later and he should command the starting spot, given he has recently been named the permanent club-captain.

Darmian has been linked with a summer move to the Serie A since the start of the transfer window but a move has not quite materialise with none of his admirers willing to match United’s £15m asking price. Juventus were the first associated with the player’s services this summer but the Bianconeri have been reluctant to pay anything more than £10m for the Italian.

On the other hand, Napoli have also expressed an interest in the versatile full-back and they are said to only favour a temporary deal with the option to buy at the end of the campaign. Based on this, United appear likely to keep Darmian for the upcoming campaign but it will be interesting to whether the Italian will try to force through a move before the Serie A transfer deadline.